What are the Benefits of Adult Male Circumcision? 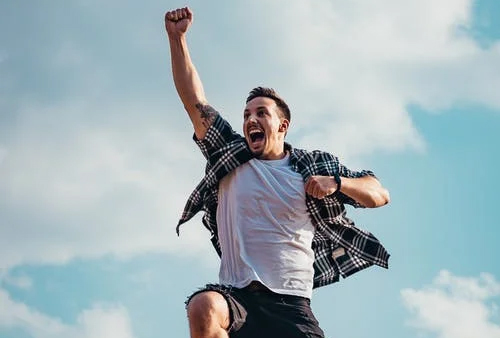 The procedure of removing the foreskin from the penis, known as circumcision, usually is associated with infant boys. However, it can be requested by adult men as well.

Adult circumcision in men is the removal of the foreskin from the penis. It is a common procedure that has been performed for many years. The procedure involves removing the foreskin, which is a skin covering that covers the tip of the penis. This can be done by cutting off or tearing away part of the foreskin, or by inserting an instrument through an opening in the foreskin to remove it entirely.

Why is circumcision performed in men?

There are many reasons why circumcision is carried out in men, including religious reasons, cultural reasons, and medical reasons. The most common reason for circumcision is a medical necessity due to an underlying health condition or disease.

In the United States, the most common reason for circumcising a male baby is to remove the foreskin due to an underlying health condition such as phimosis or balanitis. These conditions cause severe irritation and inflammation of the foreskin which can lead to pain during urination and difficulty retracting it over the head of the penis (glans).

In other parts of the world where circumcision has been practiced for thousands of years as part of religious rituals or cultural traditions, there are still some people who believe that it should be done for hygienic reasons. However, studies have shown that there are no significant health benefits from having a circumcised penis compared to an uncircumcised penis.

What are the benefits of circumcision in men?

One of the benefits of circumcision is that it reduces the risk of contracting sexually transmitted diseases. It also reduces the risk of urinary tract infections in both men and their female partners, as well as other complications such as phimosis and paraphimosis.

Penile cancer is a rare type of cancer, but it’s also one of the most dangerous. The American Cancer Society estimates that in 2019, about 2,450 men will be diagnosed with penile cancer and about 410 men will die from it. That’s just one year.

While there is no way to completely avoid STDs altogether, there are ways you can lower your risk of contracting one by making smart decisions about your sexual health like using condoms correctly every time you have sex or limiting the number of sexual partners you have at any given time. Circumcision helps reduce your risk even more because it makes it less likely that bodily fluids will come into contact with your skin at all during sex – which means less risk of getting an STD!

Circumcision protects you from recurrent balanitis.

Balanitis is an inflammation of the glans (head) of the penis, which can be caused by a number of factors including poor hygiene, an allergic reaction to latex or other materials in condoms, or fungal infections. It is most commonly found in uncircumcised men.

Uncircumcised men are more likely to develop recurrent balanitis than circumcised men. This is because there are no moistened tissues on their glans to protect them from infection and irritation. In fact, it’s estimated that 9 out of 10 uncircumcised males will be affected by balanitis at some point during their lifetime!

Paraphimosis is a condition that occurs when the foreskin of the penis is retracted and cannot be returned to its original location. This can lead to swelling, pain, and in some cases, loss of blood flow and tissue death. The condition can lead to scarring and deformity if left untreated.

While there are many different causes for paraphimosis, one of the most common is over-retraction of the foreskin. This happens when you try to pull your foreskin back over the head of your penis after urinating or cleaning yourself in any way. It’s pretty easy to do—just like pulling on a tight pair of pants or underwear—but it’s also easy to avoid by simply not retracting your foreskin in this way.

Circumcision prevents paraphimosis because it removes the foreskin entirely, making it impossible for this condition to occur.

If you’re considering having an adult circumcision, we’re here to help.

If you’re in Phoenix, Chandler, and Gilbert, AZ, and looking for a professional and safe circumcision experience, look no further than Desert Sky Urology. We have the best urologist in Arizona who can perform the procedure quickly and painlessly. Contact us today!