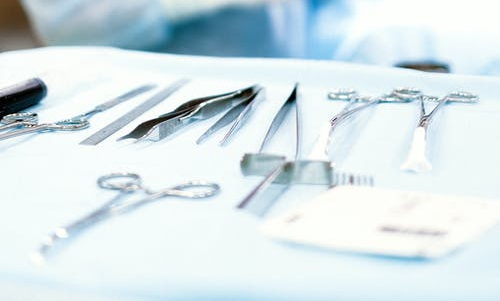 In many cultures, circumcision has been a tradition. The practice has been around for a long time and continues to be used as an initiation ritual in many cultures. In ancient times, circumcision was often performed on young boys as a way to mark them as men. It was also seen as a way to cleanse their bodies before entering adulthood. It is believed that this was done to help prevent disease later in life. Today, circumcision is usually practiced for religious reasons or as part of a coming-of-age ceremony.

The most common reason for circumcision is to prevent phimosis, which is when the foreskin does not retract over the glans penis (the head of your penis). If you have phimosis, you may have pain or discomfort when you urinate, plus it can make sexual activity painful or difficult. Circumcision can also help prevent balanitis, which is inflammation of the glans penis area.

Why Men Get Circumcised at Adult Age

Circumcision in adult men is a surgical procedure that involves removing the foreskin from the penis. The foreskin is removed because it can sometimes become infected with certain types of bacteria, and removing it reduces the risk of infection. Circumcision is also suggested as a way to reduce the risk of contracting sexually transmitted infections (STIs) and other diseases.

The procedure involves removing the foreskin, which is the skin that covers the tip of the penis. The surgery is performed using a scalpel or scissors, and it is typically performed under local anesthesia (anesthesia given through a needle) or general anesthesia (when you’re unconscious). The surgeon will cut away the foreskin and stitch together any remaining skin on the penis. A bandage will be placed over the area after surgery.

The procedure can be performed at any age but is most commonly done on infants because they don’t have any sexual partners yet. However, some adult men choose to get circumcised even if they are not experiencing any medical issues or concerns about their health.

How Adult Circumcision is Performed

Adult circumcisions are performed with local anesthesia, which means that you will be awake during the procedure. You will be given an injection of a numbing agent right before the procedure begins. The doctor will then make an incision in your foreskin and remove it completely, or part of it depending on your preference. It is important to note that adult circumcision is more painful than infant circumcision because you have more nerves in your penis as an adult. The entire procedure lasts about 30 minutes and you should be able to leave within a few hours after the procedure is over.

After the surgery, most men find recovery to be manageable. Men who are considering circumcision should consult a urologist to fully understand the procedure, including possible complications and post-operative care.

At Desert Sky Urology, we specialize in the surgical circumcision of adult men.

Adult circumcisions are performed in the United States quite often due to concerns about appearance or the result of a medical condition. Expert treatment is available for you and your family.