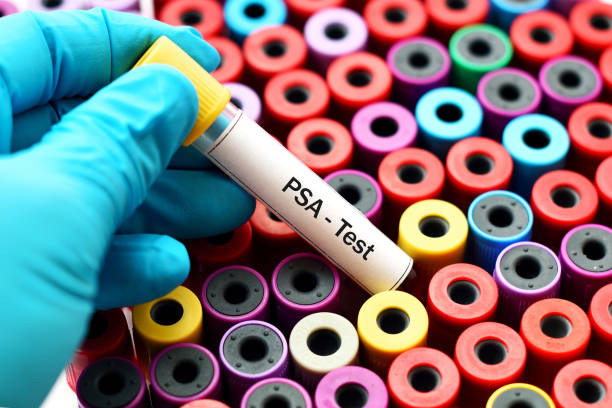 Prostate-specific antigen (PSA) test is important because it helps in early detection of prostate cancer.

What is Prostate Cancer?

The prostate is a part of the male reproductive system. It is a small gland that surrounds the urethra, which carries urine out of the bladder. The seminal vesicles produce a fluid that contains sperm, which mixes with other fluids to form semen. Prostate cancer occurs when abnormal cells grow in the prostate.

The prostate normally grows during puberty and continues to grow throughout a man’s lifetime. As a man ages, it can become larger, which increases risk of prostate cancer. However, many men who have a large prostate never develop the disease.

Prostate cancer is the second most common cancer in men and the sixth most common cancer overall in the United States. It’s also one of the most treatable cancers, with more than 95% of men surviving for at least five years after their diagnosis.

What is Prostate-Specific Antigen (PSA) Test?

Prostate-specific antigen (PSA) is a protein produced by prostate cells. PSA is found in the blood and increases with age. It is often elevated in men with prostate cancer, but can also be elevated by noncancerous conditions such as benign prostatic hyperplasia, infection, or inflammation of the prostate. The results are usually reported in nanograms per milliliter (ng/mL) of blood.

It is the first step in detecting prostate cancer. The test measures the amount of PSA in your blood and helps us determine if you have any problems with your prostate gland.

Is the PSA test recommended for routine prostate cancer screening?

For men ages 55 to 69, the decision to undergo periodic prostate-specific antigen (PSA) screening for prostate cancer should be an individual one. Before making the decision, discuss the potential benefits and harms of screening with your clinician and consider these in light of your own values and preferences.

What is the normal level of PSA test result?

What are the benefits of PSA test?

Researchers have found that 1.3 prostate cancer deaths are prevented per 1,000 men screened. One in every 1,000 men who undergo prostate-specific antigen (PSA) screening will avoid death from prostate cancer. Additionally, more men are opting for active surveillance instead of treatment.

Desert Sky Urology is a urology clinic in Chandler AZ. We provide urology services in Phoenix, Chandler and Gilbert, AZ. To book an appointment please call 480-933-5557 or just click here.